The Coalition of Aggrieved Customers of Menzgold Ghana has called upon President Nana Addo Dankwa Akufo-Addo in an attempt to use his clout to have MenzGold pay them back for money that has been locked up.

The group stated that it is taking this action as a result of the Economic and Organized Crime Office’s (EOCO) recent admission that prosecuting MenzGold CEO Nana Appiah Mensah has become more challenging. The letter, signed by all group executives, was made accessible to GhanaWeb (NAM1).

The latest disclosure by EOCO and prosecution team on the difficulty to prosecute the criminal case involving Mr. Nana Appiah Mensah (NAM1) make it more imperative for government to reconsider its position on MenzGold victims,” the statement elaborated.

Since the situation has resulted in numerous fatalities, the group consequently requests that President Nana Akufo-Addo step in and use his authority to recover their funds on their behalf.

“His Excellency, Nana Addo Dankwa Akufo-Addo, President of the Republic of Ghana, is by this petition respectfully being requested to show us his highest prerogative of mercy and compassion and order payment of our locked-up investment in Menzgold in accordance with his power of mercy and compassion as contained in 1992 constitution and in accordance to government’s own policy on bailout of customers of affected financial institutions rolled out in 2019/2020,” the statement emphasized further.

The group also advised the president to use additional strategies to guarantee that, four years after their funds were impounded, they would be able to find a long-term solution to their predicament.

The panel indicated to the Attorney General and Minister of Justice that one such idea might be the implementation of a committee structure.

“Alternatively, the government may adopt the Private Member’s motion filed on 3rd November 2021, before parliament on behalf of MenzGold victims, pass it, and respectfully pay MenzGold victims.

“Better still, please use the committee system as we suggested to the Attorney General and Minister of Justice in our 2019 petition to help victims secure their money,” it added. 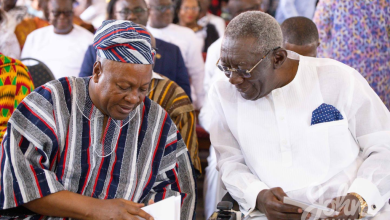