The voice of the enigma has now been identified.

The new trend in town is BBNaija, which stands for Big Brother Nigeria. There’s no way around it. It’s impossible to avoid it. Indeed, if you’re a Nigerian, you’re well aware that BBNaija news now follows us everywhere.

It’s every other notice, every other post on our news feed, and it’s what everyone in your church and WhatsApp group is talking about. It’s all around you!

And, of course, this isn’t something new; it happens every year. This is the fifth season of BBNaija. It’s nothing new to us. And this time I told myself, “Okay, if you can’t beat them, join them!” So this time, I’m tuning in to Big Brother Nigeria.

That is not why you came here today to read my thoughts on it.

You came here today to learn more about the mysterious man behind the Big Brother voice. People have been speculating and making assumptions since the beginning of the season. Many names have been suggested as possible Big Brother voices. Kenneth Okolie, a Nollywood actor, was widely assumed to have the famed voice. However, it is now clear that this assumption is incorrect.

Because who is actually doing Biggie’s voice? You’ll just have to see and listen for yourself. Are you prepared to jump right in? Then let’s get started!

Who Is The Owner Of Big Brother’s Mysterious Voice?

Well, a lot of people have made enormous assumptions: from Kenneth Okolie to Seyi Awolowo, there have been a lot of names thrown around.

BUT, in comparison to today’s person, none of those names mean a thing.

According to VanguardNgrTV, Ejike Ibedilo, a voice actor, is the mystery man behind Big Brother Naija Season 5. He is a worldwide voice-over actor, broadcaster, and actor.

Who better to cast as Big Brother than a well-known voice actor from throughout the world?

If you don’t trust me or still have doubts, I recommend that you watch the video below from VanguardNgrTV for yourself.

You don’t have to worry about your data because it’s only about a minute long. Simply relax, play, and listen. Then tell me if you don’t believe the voice you just heard belongs to Big Brother.

Go ahead and do it. Have fun with it!

If you’re still not convinced, consider what Frank Edoho, the host of Who Wants to Be a Millionaire, said on Twitter in 2017

Ejike Ibedilo, formerly of Cool FM, has risen through the ranks to become Biggie. I am quite proud of him.

Do you believe Ejike Ibedilo is the voice of Big Brother after watching the video and hearing his voice, and now seeing this tweet by Frank Edoho, or do you still believe it could be someone else?

Let me know what you think in the comments section below: 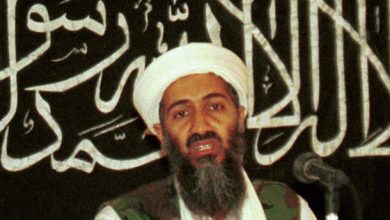