Ghana ‘s Christian Council has voiced concern about the current violence that has marked the ongoing exercise in registering voters.

According to the Council, the acts of some individuals, including a minister of state and a parliamentarian, Mavis Hawa Koomson, are an affront to the democratic experiment in the country.

Rev Dr. Cyril Fayose, Secretary-General of the Council, told Accra based Joy FM that the disruption is a present danger to the country’s peace and stability.

“Recently, the Christian Council of Ghana is very worried about the events and we agree that this is a very clear and present danger to our peace and stability as a country and that something urgent must be done about it and done very early, or it could degenerate into something else,” he said.

He said this. “Buffles” him that a minister of state should behave as Hawa Koomson did, adding that “I think it’s an affront to our experiment in democracy. It is incredibly important for those in the Christian Fraternity, who are working so hard for a free, equal and credible election and a peaceful transition, to do the right thing.

In a statement, the police reported that they have initiated inquiries into the recent events, including incidents that led to the killing of a 28-year-old man, gun pulling, and motorcycle burning at a registration center.

The Council, referring to police inquiries, repeated calls for impartial inquiries into the issues.

Dr Fayose joined calls for the minister ‘s resignation and prosecution once it was known that she played a part in the abuse.

“We expect them to do it regardless of the colour, whether they are NPPs or NDCs or CPPs or PPPs, if you do something that is contrary to the law you need to be brought to court.

“If it’s true after the police inquiries and it’s been confirmed that the minister went to a registration center, not to a war front or some hostile climate, but to a gun registration center and actually shot it, then I think the minister should be taken to the book, she would not be fit to hold that role if she did,” he added. 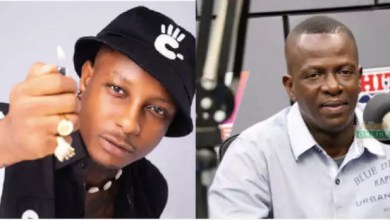