Former President John Mahama has reacted to criticisms made by the Attorney General, Godfred Yeboah Dame, regarding his view of the nation’s judicial system.

The former President maintains that the AG cannot deny him the opportunity to express his opinion on such matters because it is his duty to do so.

The judiciary is the final arbiter, Mr. Mahama stated in an interview with TV3 in Accra on Monday, September 12.

“We can disagree, and we can have quarrels in Parliament eventually when we are unable to agree, we all go to the justice system and we must have confidence that it will do fairly and will do so according to the law and in the public interest that’s all I was saying.”

Mr Mahama wondered if being a former President means being exempted from commenting on issues of national interest, particularly when things are going bad.

“So how he can interpret that to mean that I was imprudent and bla bla bla. So if you are a former president and you see something going on in the country you have no right to talk about it? Is that what he is saying?,” the former president asked.

In addition, he also said that:

“No, I won’t let him take that right away from me. If I see something going wrong, I will point it out. It is my duty to do so.” 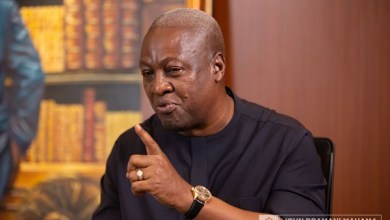 “Either Pay Entrance Fee or Go Back Home, Don’t Waste Time”- Winnie Nwagi Angry After Being Bounced at Club Illusion